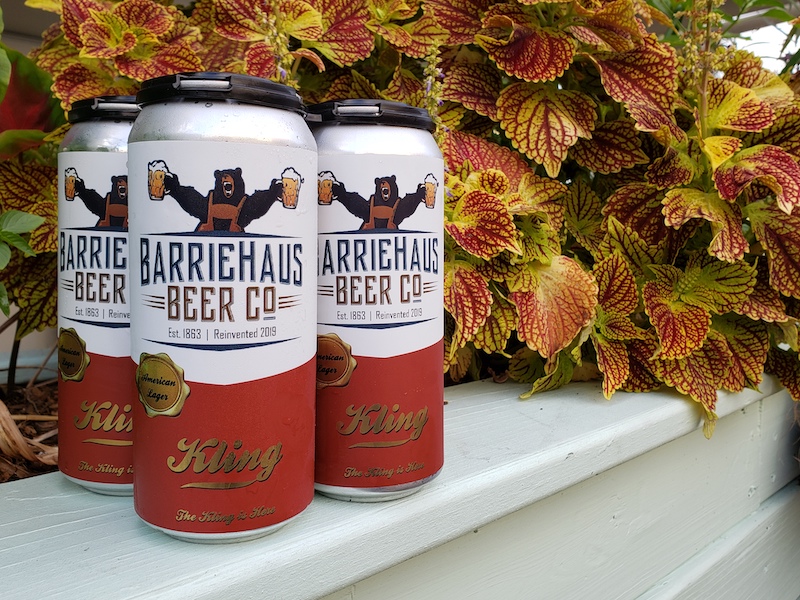 The brewing facility’s large walk-in was also powered off, necessary supplies crammed instead into the taproom cooler. These sweltering circumstances were deliberate decisions — money-saving maneuvers aimed at keeping the lights turned on at the whitewashed cinderblock building near the corner of 14th Street and 5th Avenue in the historic Ybor City neighborhood.

Opening a small business is rarely a sure thing, and it would be hard to argue the coronavirus pandemic could have hit at a worse time for the lager-focused microbrewery.

“We were open for half of December [2019], for January and February, and it was going great,” says BarrieHaus co-owner and brewmaster Jim Barrie. “And then it was, ‘okay, shut down. Done.’”

Barrie adds, “At the time we were ready to ramp-up, everyone was starting to hunker down.”

With more than five years of preparation from concept to opening (and almost 150 years of brewing tradition in his family), Barrie and his co-owners – wife Brittney Barrie and his best friend Junbae Lee – felt they were ready to face almost any obstacle. But then, the pandemic hit.  When the trio made the difficult decision to close the taproom, they did not know when, or if, it would reopen.

They began cutting costs wherever possible, including powering down the air conditioning and the walk-in cooler. As they and bartender Evan Chavez would sizzle and sweat through suffocating days, brewing continued and service moved to curbside carryout in the form of 32-ounce crowlers, tap-filled and machine-sealed.

“The sales and marketing strategy had to change. It took me a while to shift gears and figure out a new way to do stuff,” says Lee, who is director of sales and relationships. “I noticed that everybody was scared and bummed and didn’t know what to do. So my thought process was, what do we do?

“We had to make sure everyone was happy any time they interacted with BarrieHaus, with us. That was the goal. Any time people ordered crowlers, any time people came to pick-up, we made sure we still had a positive interaction with them.”

BarrieHaus began offering a buy-two, get-one-free promotion that drove sales and created repeat customers – some of whom, Lee said, would get an extra crowler tossed into their order “just because.” It was about finding joy and spreading joy, and the same change happened in the company’s social media marketing campaigns. Moving the focus away from simple promotion of the product, Lee began posting impromptu, behind-the-scenes videos from the brewery in an effort to provide followers with a bit of levity.

“Keeping people’s spirits up was the main goal,” Lee says. “The idea isn’t to just keep selling beer. It’s selling that happiness-moment, so that when people think of us they have a memory, they have an experience.”

Lee and Jim met in the sixth grade and grew up together in Tampa, then remained best friends despite Lee attending Auburn University while Jim played football for the Florida Gators 2006 championship team. Both got into careers which ended up not being the right fit—Jim had gone to law school in Gainesville, and Lee was climbing the hospitality industry corporate ladder in Vail, Colorado. They stayed in touch throughout it all. Around the same time Jim was leaving law to pursue professional brewing with First Magnitude, Lee had skipped out of Vail before getting roped into another ski season and was visiting family in Korea. When Jim and Brittney decided they were ready to move forward with opening their own brewery, Jim emailed Lee to ask if he wanted to come on board with the project. Lee had a simple response.

Hidden Tampa: The Best of an Often-Overlooked Florida City

From a Buddhist temple reached by boat to a storied hotel and a speakeasy bar:

What Is a Side-Pull Tap Handle, and Why Is It Popping Up in Taprooms Across the U.S.?

With the worldwide success of pilsner being what it is, it’s something of a mystery that aspects