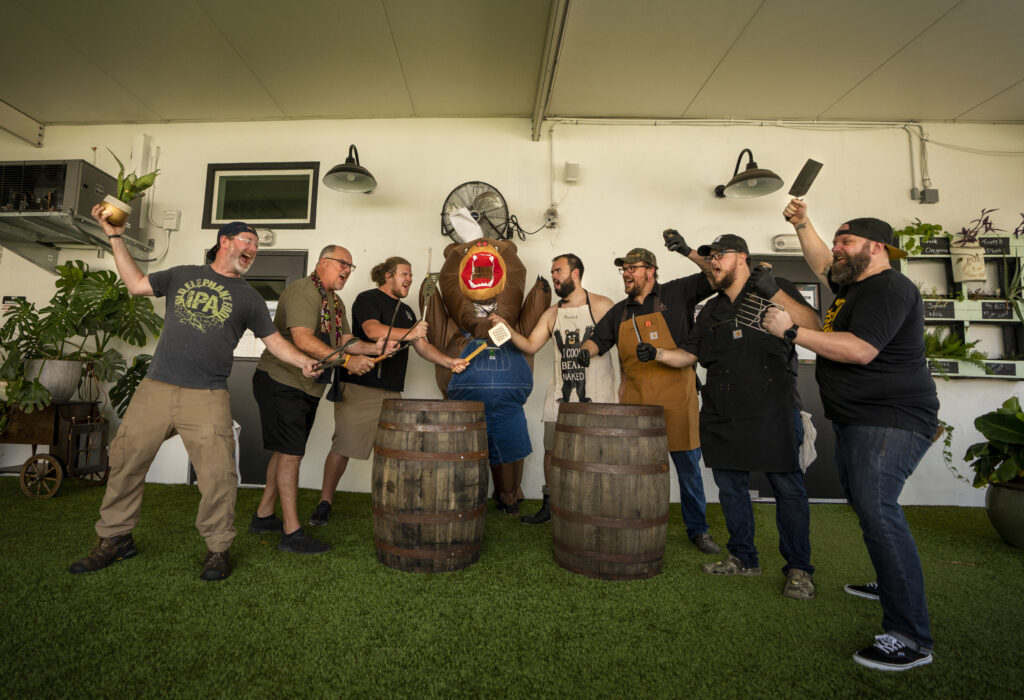 Plenty has been written about the uniquely supportive way Tampa Bay’s craft beer community banded together during the Covid-19 pandemic – and now, with the very beginnings of the return of normal life taking root, those breweries continue to prove the strength of those relationships.

When the idea for a brewery-vs.-brewery cook-off occurred to BarrieHaus Beer Company director of sales and relationships Junbae Lee, it did not come fully formed. There was originally a thought to go with a fully sanctioned competition, but the timeline would not work out – so Lee began reaching out to friends at other breweries, seeing who wanted to get involved and in what capacity.

“It was a collaboration effort for everyone to come together and do this. There was no argument about what site it was going to be on or who was making the money off of it or whatever,” says Lee. “Everyone came together to do this, all of the photo shoots, all of the video shoots, and all of them posted and did a marketing push on their own feeds. And that’s huge, because it’s deterring people from going to their brewery. They’re bringing everyone here.”

The main competition focused on pork butt, also known as pork shoulder. Heights Meat Market in the Tampa Heights neighborhood of Tampa sponsored the cook-off and provided the pork butts for the blind-taste voting, creating a level playing field and getting yet another local business involved with the event.

In a tightly contested vote, with the results announced by Tampa Bay radio personality Johnny B. of 102.5 The Bone, the outsider Leaven Brewing was named the inaugural winner – by a single vote over host BarrieHaus. Cory Ferguson used a homemade barbecue sauce on Leaven’s pork butt, and stayed awake all night to maintain its cooking temperature.

“My mindset coming in was definitely just being happy to be a part of this and to get to know all the people at all these different breweries,” Ferguson said. “My goal was just to not come in last place, and I guess I did the opposite. I’m very happy with that. It’s awesome.”

Coppertail finished in third place, while Tampa Bay Brewing Company and Zydeco tied for fourth. The placing from first to the tie for fourth was separated by fewer than five votes.

For finishing in first place, Leaven won the inaugural trophy, an oversized mounted ring, which will stay at the brewery as a showpiece, plus a wrestling-style championship belt that will serve as a traveling trophy for future competitions.