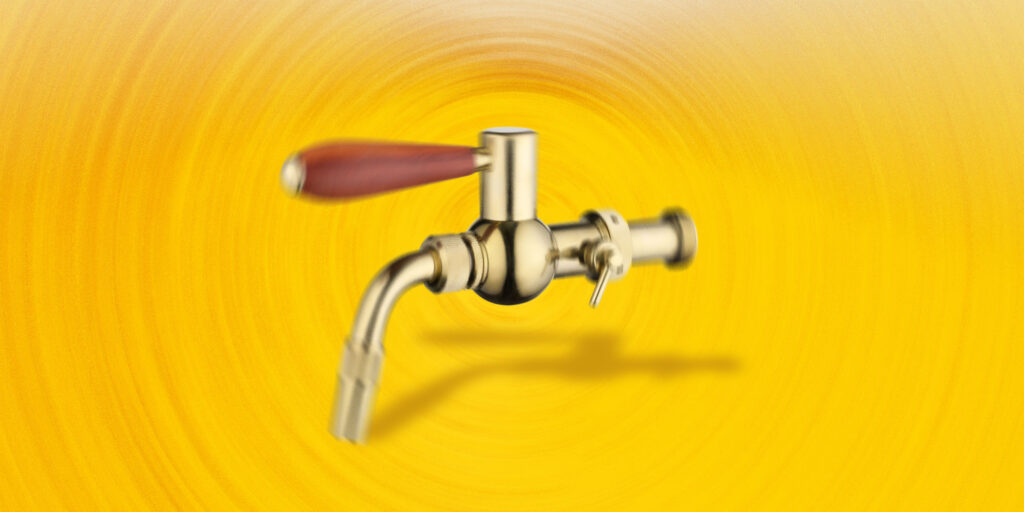 With the worldwide success of pilsner being what it is, it’s something of a mystery that aspects of Czech beer culture, which is famously storied and vibrant, are only now starting to filter into America’s craft beer scene.

And while the most obvious indicators of the trend are Czech-style beers, which have been cropping up in breweries over the past year or so, a more interesting aspect of Czech beer culture picking up in the U.S. is the side-pull tap handle.

Rather than the binary open/closed mechanics of your standard tap handle, the side-pull features a ball valve that allows for varying flow rates of beer. That’s paired with a micro-screen that aerates the beer as it emerges from the tap. In the end — and after months of practice — you can get a beer with a thick, picture-perfect creamy head that elevates the aromas and textures of the beer-drinking experience beyond your basic bubbles.

If you haven’t seen at least one side-pull handle pop up at your favorite beer bar or lager-focused brewery, you can probably expect to see one sometime soon. Whether the trend finds an audience among drinkers is yet to be determined, but it’s one capturing brewers’ hearts across the country.

One of the pioneers of Czech-style beer and side-pull handles in the U.S. is Chris Lohring. A decade before starting Notch Brewing in 2010 in Salem, Mass., Lohring fell in love with Czech beer following a trip to the Czech Republic, inspired by Michael Jackson (who else) and an episode of his PBS “Beer Hunter” series. “I was enamored. I didn’t know anything about Czech brewing at the time,” Lohring says. “And when I went there, I discovered some of the best beer in the world is 4 percent pale lager. It was incredibly complex and flavorful and wonderful to drink … and the way they were poured was just as interesting.”

The way beers are poured from a side-pull requires a special technique that would appear, to most Americans, to be a mistake from the start: The tap is plunged into the beer during the pour. “I would sit at beer halls and watch the barkeeps pour beer in a way that I’d never seen,” Lohring says. “The faucet went into the beer and poured foam first, then beer second. And the speed at which they did it was just incredible.”

Opening the valve fully allows the beer to flow freely through, while a slight opening releases just foam. A variety of different pours can be ordered from the tapster (as Czech beer servers are called), all with different purposes and occasions.

Read The Rest At VinePair

What the brewers say “German export lager … Full-bodied and super smooth.” What our panel

Hidden Tampa: The Best of an Often-Overlooked Florida City

From a Buddhist temple reached by boat to a storied hotel and a speakeasy bar:

What Is a Side-Pull Tap Handle, and Why Is It Popping Up in Taprooms Across the U.S.?

With the worldwide success of pilsner being what it is, it’s something of a mystery that aspects